Today at the American College of Cardiology, the results of the FOURIER Trial was revealed. This was a study designed to test the ability of a certain drug belonging to a new class of drugs called PSK9 inhibitors to reduce the LDL cholesterol (commonly termed the “bad cholesterol”) and to see if reducing the LDL cholesterol would cause a proportionate reduction in heart attacks and death. A total of 27,000 people with LDL cholesterols of 90mg/dl or more were studied. The drug studied, Evolocumab (trade name Repatha) was able to lower the LDL cholesterol from 90 mg/dl at baseline to a dramatic reduction to 30 mg/dl. While the heart attack rates went down, it was clearly not a dramatic: a modest 15% reduction in cardiovascular events and stroke. There was no difference in death rates between the Evolocumab group and the placebo control group. There were no safety issues found with the use of Evolocumab.

So does this mean all patients with elevated LDL should be placed on this drug?

Another consideration is a new drug, Inclisiran, not belonging to the same family (PSK9 inhibitors) as Evolocumab (Repatha) and Alirocumab (Praluent), a longer acting drug which needs only to be administered once every 6 months.  Inclisiran, though inhibiting PSK9, works via genetic technology called RNA interference to directly inhibit PSK9 at its source, the liver. Finally, the price of Inclisiran is expected to be much lower than Evolocumab.  In a recent 9 month Phase II trial on 497 patients, Inclisiran dropped LDL levels by 53%, with half the patients dropping their LDLs below 50 mg/dl.

We now await Phase III trials on Inclisiran to see if it has a proportional benefit on Cardiovascular events.

While the FOURIER trial did not show a benefit in reduction in cardiovascular events proportionate to the drop in LDL cholesterol reduction, this finding should not come as a major surprise to Cardiologists.

Even back to the JUPITER Trial, the aggressive reduction in LDL cholesterol did not translate into a proportional reduction in cardiovascular events. The actual pathophysiciologic mechanisms causing a heart attack is clearly more complicated than simply reducing the cholesterol. While studies like FOURIER give Cardiologists more weapons to use against reducing LDL cholesterol and to some degree in reducing heart attacks and strokes the challenge remains: what are the other elements (other than LDL reduction) involved in the process of heart attack and can we have an impact on them? 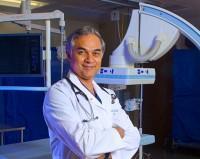